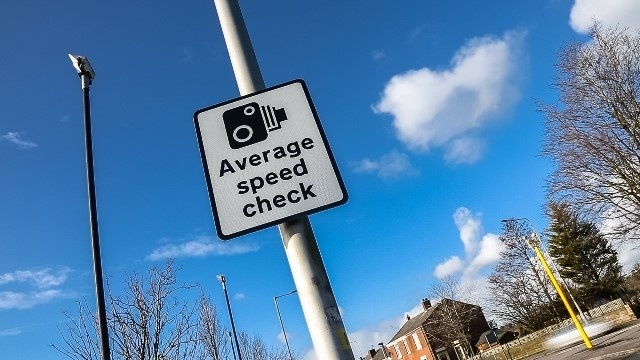 EIGHT routes across Lancashire that were installed with Average Speed Cameras between March 2017 and August 2018 have proven to have reduced both collisions and casualties and since the average speed cameras were introduced, speeding offences have reduced by more than half.
Analysis of the impact the average speed cameras have had in the 2 years since they went live demonstrates that they have been successful in reducing the number of speeding vehicles on all 8 routes, with some, such as Grane Road, having huge success, reducing detections of excess speed by over 70%.

Superintendent Damian Darcy of Lancashire Police’s Tactical Operations said, “Slower speeds mean safer roads for all road users, residents and communities. We thank those drivers who obey the limits. We are pleased to see that the number of both collisions and offences detected on these roads has reduced so significantly. Those who continue to choose to speed on Lancashire’s roads will not be tolerated and offenders will continue to be dealt with appropriately”.

Average speed cameras are a visible and effective deterrent to speeding drivers. They are part of a range of safety camera technologies used by the Lancashire Road Safety Partnership, who’s aim is to reduce the numbers of people killed or seriously injured on Lancashire’s roads.
Due to the success of the installations in reducing both offences and collisions, projects are in place to install five further average speed camera routes in Lancashire around the county.

The data used in the calculations compares month one to month 25.

Please note it does not include emergency vehicles.

A59 Brockholes Brow – in the two years from December 2017 a reduction of 76.88 per cent detected offences.

The five further routes to be installed were announced in August 2018. Details of which can be found here