Family calls for drivers to commit to safety following death of much loved Anne Kerr. 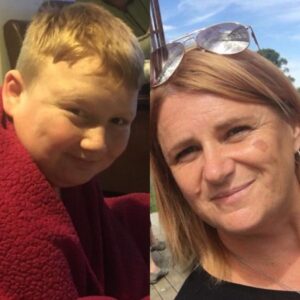 Elaine Wyper was heartbroken when she lost her sister Anne Kerr, nee Borland, in a collision on the M58, in Bickerstaffe, West Lancashire on January 8, 2019. The incident was caused by a distracted HGV driver, who was on his phone and texting whilst he was on cruise control in his 19 tonne HGV vehicle. Elaine has since started designing and selling Don’t Text and Drive #SaveLives car bumper stickers to raise awareness of the dangers of using a phone whilst driving and raise vital funds for the North West Air Ambulance Charity, which treated her sister at the scene. 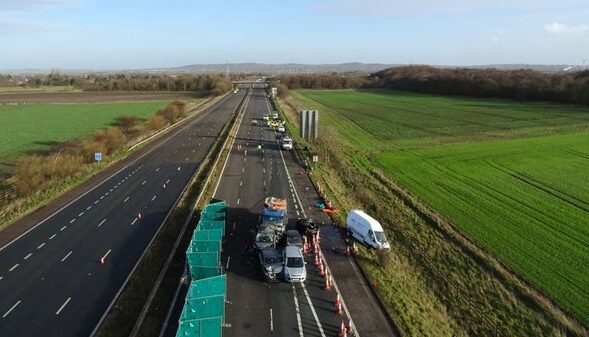 Anne, then aged 50 and a mother of two children, was travelling in a minibus on the way to Pontville School, Ormskirk, when the19-tonne haulage wagon collided with the minibus and six other vehicles. The driver was distracted on his phone, losing control of the lorry. Joe Cairns, 14, a student at the school where Anne worked as a special needs school worker, also tragically died as a result of the collision and five others were injured. The driver was later given a sentence of eight years and ten months for death by dangerous driving offences and two years and eight months for causing serious injury offences, to run concurrently.

Elaine commented: “Anne and Joe’s lives were cut short that day because someone decided to check their phone when they should have been paying attention to the road. It’s a terrible situation that could have been so easily avoided, and yet everyday people continue to put others at risk by looking at their phones whilst driving. I really hope that this campaign will discourage people from checking a text, responding to a notification or using their phone in any other way when they’re at the wheel. Through this work, I’m also pleased to be raising money for an important charity that was there for my sister when she needed them.” 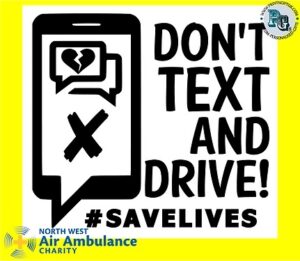 NWAA is entirely charity funded, relying on generous donations, volunteers and fundraisers to remain operational. It takes over £9.5 million a year to fund the work of its highly skilled HEMS paramedics, doctors and pilots, who attend to cases of serious illness and traumatic injury 365 days a year.

Rhiannon Leeds, coordinator for the Lancashire Road Safety Partnership said ‘Our emergency services deal with road traffic collisions like this far too often, we’d encourage all road users to be safe and legal at all times; there is no place for mobile phones when in charge of any vehicle. Drivers who use mobile phones are four times more likely to be involved in a crash. Elaine’s campaign will help road users to make better decisions and will make a difference on our roads”.