Drivers are being asked to cut their speed along a section of the M6 where vital bridge repairs are taking place after one was clocked doing 111mph through a temporary 50mph speed limit.

Highways England is working in the southbound carriageway north of Preston to repair Turner’s Farm bridge which was struck by a lorry in 2018. The bridge, between junction 32 and junction 33 of the motorway, is being held up by a temporary support while a new one is constructed. 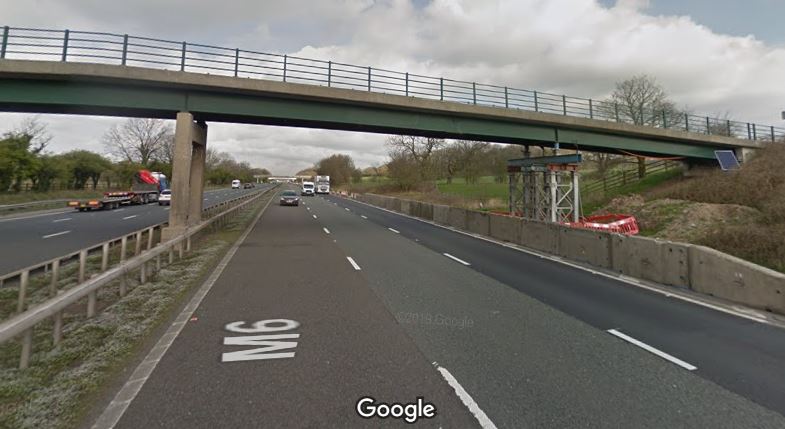 “Since the project started in April hundreds of drivers have been detected speeding through the roadworks – one driver was clocked at 111mph which is simply shocking.

“Drivers are speeding through the roadworks just to save a few seconds – the cameras caught more than 750 offenders just in the last week. We are urging drivers to think about their own safety and the safety of other motorway users and to slow down.

“We only use temporary speed limits in roadworks for safety reasons. The temporary bridge support is well protected but a very high-speed collision with the propping system could cause it to collapse – drivers are dicing with death.”

The bridge repair should be completed in July.  In the meantime, there are narrow lanes and the temporary 50mph speed limit on the approach to and underneath the bridge. Electronic signs are being installed in the roadworks this week to remind drivers to slow down and publicise the number of prosecutions.

“I am both shocked and disappointed by the number of motorists exceeding the 50 mph temporary limit and at some of the high speeds being detected by the average speed cameras.

“Since the cameras went live we have continued to see a large number of vehicles driving in excess of 80 mph with the highest average speeds being 99 mph and 111 mph; these drivers will be required to attend court.

“Motorists exceeding the speed limit are putting the safety of other road users and the highways engineers who are carrying out this essential work at risk and we urge drivers to comply with the temporary limit, it is there for a reason”.