The red light enforcement camera (RLC) camera is the first of its kind in Lancashire and will bring mass benefits to the local area including a low energy usage and reducing carbon costs across the Blackburn with Darwen Borough, supporting BwD’s carbon neutral goal by 2030.

The camera works by monitoring oncoming traffic, the camera is able to detect vehicles that are above the speed limit and vehicles that run through red lights.

Barbara Castle Way was chosen as the first trial site for this camera as it has a history of collisions, with 18 being recorded in between 2016 and 2020 including one fatality. We put this in place to monitor all drivers who pass through red lights or speed through before these turn back to red, reducing the danger on this road is integral and this system in place will make the roads safer for everyone in the borough.

Our traffic officers are able to monitor the traffic remotely through the system and can prosecute those breaking the law via a single device.

Running through red lights is an extremely dangerous procedure and isn’t acceptable in any instances of driving. We urge that all drivers take great care on the roads to avoid collisions and danger for you and other vehicles around you. 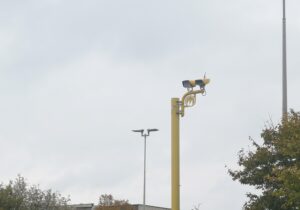 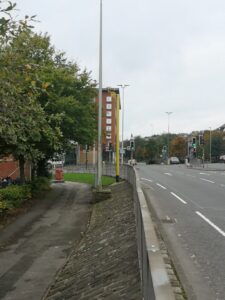