Hundreds of motorists will be prosecuted following a 3 week long proactive enforcement campaign by Lancashire Police. 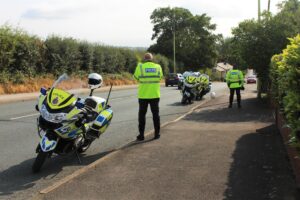 As part of Project Edward (aiming for Every Day Without A Road Death) a team of Lancashire Police motorcyclists dealt with almost 450 offences in just 3 weeks between 7th and 25th September. The enforcement campaign which covered the whole county at key locations was put in place following concerns by officers and members of the public after a number of high speeds were detected during lockdown.

The police motorcyclists, using both marked and unmarked bikes, targeted all road users and detected 448 offences including:

Plus 100 further prosecutions for offences such as illegal number plates (spacing, lettering, not present), tinted windows, and no insurance. 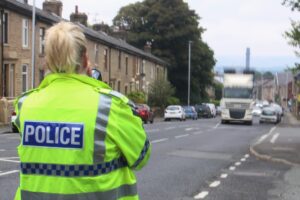 Chief Inspector Sue Bushell, head of Lancashire Police Unarmed Tac Ops said “We will continue to enforce the law amongst motorists who choose every day to make decisions that could lead to death and injury on our roads. Many of the offences detected during this operation will be dealt with in court and other offenders will be offered educational courses.

“Speeding makes up the majority of offences detected in this time and I’d like to remind the public that despite lockdown and a change in traffic volume, the speed limits are the same. Sadly, our officers are too well aware the devastating consequences caused to families and communities by road traffic collisions and we work all year to make our roads safer”.

On top of the offences detected by the enforcement team, a static camera in Blackburn detected one motorist travelling at 91mph through a 30mph speed limit on the wrong side of the road.

For further information on road safety in Lancashire visit www.lancsroadsafety.co.uk